I recently expressed on my Facebook page that I wished Jay-Z would drop a new project from 4:44 every week for the rest of the year. Ya know, just to have something to balance out some of the absurd fuck shit of a nightmare taking place daily in the Whitehouse right now.

Having switched over from Apple Music to Tidal when 4:44 dropped, I get really excited when I tap on the app and see a new video or footnotes for a video from this brilliant project.

Now, I have to say, that although I love this album, Moonlight as a track on it’s own was always my least favorite. It’s the only track on the album I don’t ever really need to hear when I listen to 4:44, not because of the message, which I totally get. It’s just, as a music track, it doesn’t really move me. But see, that’s the genius of 4:44. The visual components to each track, present a deeper read of each one. And the video of Moonlight, which dropped this past week did just that.

A good friend shared the promo from Issa Rae’s IG account with me and I was really excited and delighted to see this tongue in cheek reimagining of “Friends” with an all Black cast, featuring Issa Rae, Jerrod Carmichael, Lil Rey Howery, Lakeith Stanfield, Tessa Thompson, and Tiffany Haddish. Their theme song was “Friends” by Whodini which I thought was greatness. I was all set to just sit and watch the cast act out word for word what I believe is an actual episode from the dominantly White casted hit show. Watching these actors go through the motions of playing a Black Chandler, Ross, Monica, etc., it became clear how this was also a satire of the show itself. But then it goes even further by following Charmichael offset after a break in the scene.  He discusses the questionable success of this Black Friends version with comedian, Hannibal Buress who doesn’t mince words about his feelings on how far Black people have come in their ability to tell their own stories from their own perspectives.

“You gonna do black ‘Full House’ next? ‘Family Ties?’ Why stop there? ‘Home Improvement?’”

This is where I believe Jay begins to asks the real questions. And it ties right into a conversation I was having with Khalilah this weekend about films like “Girls Trip,” which has received many mixed and conflicting reviews from the Black community (I haven’t seen it yet) and the Netflix movie, “The Incredible Jessica James” (I watched this weekend) which imagines a reality where class, gender and relationships issues are on tap but race is addressed zero times. It’s like the new formula is just put Black people where you normally see White people, be sure to keep some White people in there and wallah! EQUALITY!

We stuck in lala land. Even when we win, we gon lose was a line I didn’t like hearing. It’s a hard truth. I was so anti- “Lala Land” last year, it was ridiculous. I was disgusted that Hollywood was harkening back to the days of old in this day and age as if those good old days were good for anyone else but White people. The fucked up thing is, I like musical films from that time. But uhhh, I didn’t have to not live through that time. Musical films came about as an attempt to distract and entertain Americans living through a brutal depression.

CAN WE PLEASE MOVE THE GENRE FORWARD? 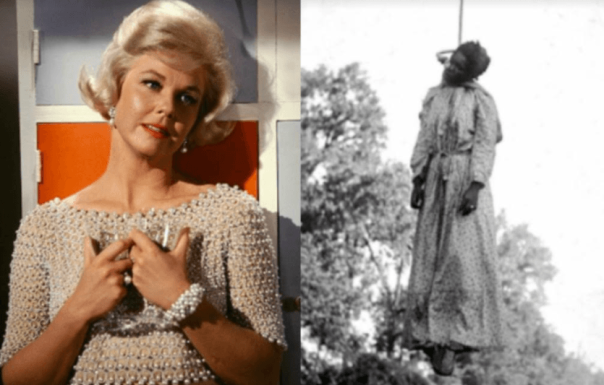 In Peck’s “I am not Your Negro,” the solid case for White people delusion is made with scathingly juxtaposed old Hollywood scenes put up against images of lynching and Black civil rights protesters being beaten and of Dorothy Counts being spat upon by a bunch White children for attending on of the first schools in Charlotte, NC to be integrated.      At the same time that fucking Doris Day was singing in her pristine make believe kitchen set in front of a camera, Black people were literally being killed because they demanded the right to sit at the same food counter with Becky.

In 4:44, Jay Z has interrogated several key systems of oppression and has taken it a step further by questioning what our true voices are. Can everything we do to thrive, to be seen and heard and felt stop being a reaction to what White people do or think about what we do?

Can we see ourselves outside of the oppressors gaze?