Many of us, particularly those from an older generation seem to think of social media as a soulless and empty form of communication. And though I agree that there should be an attempt to balance out our tweeting and instagramma with face to face socializing, I think that the use of social media is only as soulless and empty as the person using it.

I think that Internet intimacy has proven to be very powerful and impactful. Social media communication has built movements, fostered ideas and creativity, built and destroyed relationships. In many ways, social media has given us more access to intimate details of one another’s lives than perhaps ever before. We can choose to be private. We can chose to unfriend or block, but if we choose to have an identity or an account anywhere online, we have provided information about ourselves which can potentially be accessed by absolutely anyone who cares to look. A few years ago I was absolutely terrified to google my name and see things come up that I had long forgotten. But after a while I accepted that if I was going to have an identity on social media, I would have to accept that what I offered at any time was just a reflection of whatever was happening in my life at that time, just life life in general. 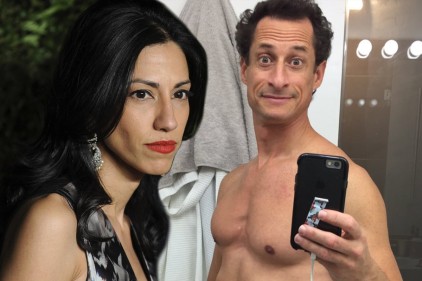 When it comes to “following” people, I am very discriminating because just like life, whomever you allow in your circle projects a thread of that energy into your feed that you have to see constantly or however often you check in. I thumb up, love and like a lot of stuff, but I rarely follow anyone new. Whenever I follow anyone new, I know it’s because whatever they offer is something I need to see, read or feel on a regular basis. So really, social media is just an amplified version of our analog relationships after all. How could it not be? We designed it. And we don’t design anything that is not at the core, an extension of systems we’ve created since ancient times. Bethrothals, courting, dating, speed dating, internet dating. We’ve always been seeking the same things.

I would say that one of the many things lacking in internet connections and communications is the responsibility of backing things up by showing up in real life. Granted, there’s a lot you can get across on social media. Like I said earlier, movements and protests have been organized online, companies have been shamed into getting their act together, I know two people who met and married their spouses via internet dating sites. As a means of sharing information, google alone has become ultimate resource for many of us. But ultimately it’s up to us to use that information to bring people together, to create community and empower one another to lead better lives.

I’ll admit to being very challenged with being able to show up to the many events and gatherings I like that pique my interest on the accounts and networks that I follow. But I understand that I have to push myself to not only be drawn to ideas, but also to see them through, particularly if they grate against my comfort level or limiting belief systems about what I can accomplish or have time for. The opportunity and promise for growth and self-improvement has become hugely accessible through social media. When it comes to picking something that speaks directly to what you need, it can be overwhelming. This is why I follow new people so very rarely. Those I do follow tend to deliver a message that I feel can be summed up as authentic, loving, fearless, quirky, joyful, creative, transcendent and unapologetically Black.

If gathering in the spirit of these things is important to you, I hope that you will join us on June 11th as we gather in NYC to discuss “The Spirit of Intimacy” by Sobonfu Some’. And remember that Early Bird tickets are $30 until June 1st.

Go to the amazon link to read more about this wonderful book. If it speaks to you, speak back.