I knew we weren’t going to be able to fly off to an island for vacation this Summer and I was fine with that. There are plenty of great places to go in New York for a decent staycation. I also knew Mercury retrograde would come along and shred our ability to communicate effectively whatever the heck it is we wanted to do during my staycation. And that was fine too. This is not my first time at the Mercury Retrograde rodeo.

What I did not know was that hundreds of unmasked White Racists would take to the grounds of Charlottesville University on Virginia with lit tiki torches, protesting their rights to not be replaced? It seemed inevitable that once they were allowed, (because not one law enforcement officer stepped in try and stop them) the KKK, Masks off Eddie Beuer edition would go on a violent rampage.

My husband and I were was hosting a late lunch with family when it happened and to be quite honest, there was so much going on, that it didn’t sink in for me until they had gone. Khalilah had texted me and I didn’t check the info until later on.

Who wants more salad with Goat Cheese? Who the hell turned over the Taboo hourglass timer before time was up. Image of White men with Tiki torches? …is this a new add for camp gear?

It’s a trip down racist ass memory lane, the good old boys’ lynching days are back, well never left but most definitely ushered in with no attempt from government or law enforcement to shut it down, call it out, hold it back until blood was spilled and a life was taken. Actually, no, not even then, still to this day, it has not been dealt with. Because it’s never been dealt with. Its been ignored, enabled, perpetuated, supported, maintained, slapped on the wrist…

So naturally my instinct is to wanna get the heck out of town… but where in America is safe for Black person these days?

I like to travel. I like to go on long drives upstate to Nyack, Woodstock Hyde Park and such. And all the time that I have been doing these things, I’ve been aware that the further I get away from NYC the more I am surrounded by uncomfortable Whiteness that I can no longer sidestep the way I have done for years. In just the last couple of weeks, any plans I had to leave the relative safety of my apartment or NYC has been cancelled.

Understand that for me, ever since Travon Martin, and now with this recent Charlottesville event, Whiteness has indisputably come to be mean violence, brutality, terror, fear and a deep psychological sickness. And the struggle to disentangle myself from it’s very deeply destructive and embedded structure is real. 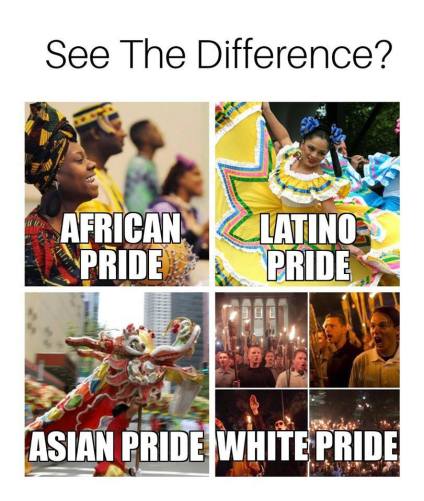 My husband and I searched the internets frantically for places to go in New York where Black people lived, owned property, could be seen in community. The best we found was Martha’s Vineyard. But ultimately, anger and frustration and heaviness gave out to weariness and no one wanted to spend that long driving with no concrete idea of exactly where we were going. The Blackest place we could be was in our own neighborhood (Inwood) and in Brooklyn where I was born and a large chunk of my heart still resides. We spent the afternoon there lounging in the magic of nature, the soft breeze, the slowness of pace and nostalgic respite that the Botanical Garden has always been for me. I was frankly shocked at how comfortable I was staying close to home. But then these are some shocking ass times we’re living through and self care for Black and Brown people everywhere, however they can get it, is vital as fuck. It always has been.

Neutrality has been neutralized and there is no longer a place, nor perhaps should there ever have been, a place for White people to be satisfied with simply not having been there on the day when their forefathers decided to institute decades of systematic, mental, physical and spiritual terror on enslaved and descendants of enslaved Africans. Most of my life as a Black woman, I have been open and accepting of most White people (Ha!) thinking that this was a choice I had made rather than an implicit instruction. If I had chosen to be as open and accepting of my own people, I’m certain I would have learned sooner how little choice I was afforded by a majority of White Racists who existed quietly all around me. The good Whites, the liberal Whites, the oblivious, the seemingly harmless Whites in the cut who do nothing, say nothing, plead ignorance because they claim no one told them otherwise, and  in the age of massive social media oversharing and limitless access to information, they remain inactive, dumb, and ultimately dangerous and destructive.

I would totally have asked Siri where we could go to find Black joy but Siri sounds like a White chick to me and she does not sound down for the cause. So I switched her off. I don’t need her. Never really did.

We stayed in the hood and found whatever peace we could there while we could because we will surely need all the energy we can get to gear up for next month. Because August has been crazy…