During an impassioned conversation about the #metoo movement that I had this week with CREAD colleagues, I mentioned a post that I cautiously put up on my Facebook page basically stating that I didn’t agree with the conversations, articles or statements which categorize Aziz Ansari as a rapist or assert that what he did on what was undoubtedly a terrible date as assault. I posted an article from CNN which supported these beliefs with a brief statement from myself and didn’t look at my page again for like two days. Because though I could not stay silent, I was afraid of the repercussions.

During our discussion, Khalilah said to us that she lives ”in love” and was not fearful about stating her disagreement with the #metoo movement, nor about having a deeper discussion about what is missing in education and information and discussions for young Black boys and girls around toxic masculinity, “enthusiastic consent” and the way in which this society violently shapes our perspectives of the nature of sexuality across race and gender in general.

This was not the first time that Khalilah had mentioned living in love as a precursor to saying things which may be hard for many of us to hear because we live in fear and a blind or chosen ignorance. But it was the first time I heard it and really began to examine what it might mean to live in love. God knows I already know what it means to live in fear. I’m an expert at it. And although we don’t all study it closely or consciously, on many levels, we’re all experts in fear. We aren’t born fearful but we are born into a world motivated by and controlled by fear so we learn it soon enough. It’s why we second guess ourselves, talk negatively about ourselves, settle for less, pretend we’re okay when we’re not, people please, worry about being liked (#metoo FB post case in point) work at jobs we hate, cling to the past, self-medicate and so much more.

The reason why this conversation around dissenting feelings about the #metoo movement has made me consider what it means to live in love is because I know it’s not about causing a stir or being disagreeable for the sake of argument or to get attention. I began to sense the true danger of this agenda long before I had the words for it. And when the Aziz Ansari bad date story emerged, my self was like, okay that’s enough. What are we saying here? But my fear of how people would feel about that made me think very carefully about actually voicing that opinion on social media. I didn’t want to offend or hurt anyone, particularly women who have been sexually assaulted.

But here’s the thing.

Living in love is not about making people comfortable enough so that they don’t ever see opposition. Living in love cannot be about agreeing with an opinion just because you want to be a part of a group or are afraid no one will like you. Part of what it means to live in love has to be the knowledge that whatever you say or do with love as the basis of intention, no matter how it shakes things up, disturbs people or goes against popular opinion, will eventually shed light on an issue which is being overlooked or drowned out…by fear. 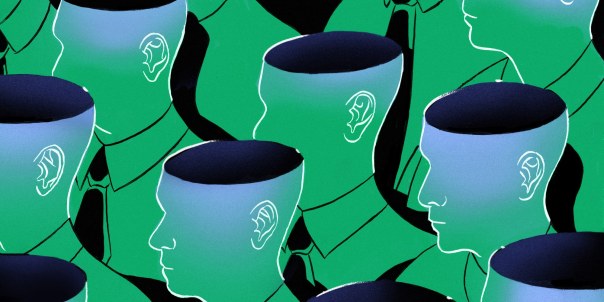 Fear of doing real work with ourselves around the ways in which the messages we received about sexuality from society, family and friends has damaged us, has impacted our decisions to endanger ourselves and or violate others and fear about having real conversations with our children about sexuality that does not continue to pass these dangers on.  When that fear which operates as a requirement of a successful White Male Patriarchy framework is met with a seemingly well intentioned “Equality” premised Feminist agenda, it merely replaces White male violence with a White Female one. And this does not serve our people. It really doesn’t serve anyone. Fear never does.

“I am so tired of being afraid.” is something else that has come up a lot in my conversations with Khalilah. You ever wonder if so much of the disease, constant fatigue, self-medicating, obesity and consumerism we see in this country and feel in our lives are not directly linked to our fear of really being alive? The roll that being fully present plays in aliveness scares most people…to death.

So as I continue to look at what living in love looks like for me, I have to be honest with myself about what I’m really tired of. Because if I’m really tired of fear, the only other choice is love. There’s no way to straddle the fence here. Trust me, I’m also a recovering fence stradler. Ouch.

By and large, the love we’ve been taught about in this society has shifted from the wrath of God loves you until you challenge that love type to the cozy warm bubble bath of hugs, tolerance, unquestioning acceptance and generic inclusiveness that does not take individual need into account type, ie., colorblindness.

And I’m not saying that love should as a rule be threatening, violent and disturbing. But I suspect that if you have been fed lies about love most of your life, the way most of us have, the real thing is going to feel like an attack.

“The truth will set you free, but first it will piss you off.”